In 2012 KÖME’s founding member Árpád Bőczén has started a community development project in Délegyháza in collaboration with an architect and a dramaturge.

The village Délegyháza, half an hour away by train from Budapest, is known nationwide or even beyond for two reasons. On the one hand here was the second Hungarian gravel mine with the biggest sorter in Central Europe – the „pyramid” as locals call it. On the other hand the lake system which remained after the mining was an important scene of the Hungarian nudist movement since the 70’s. At the peak of nudism and the hippie movement in Hungary more than ten thousand people visited the area on summer weekends. By today the popularity of nudism has already subsided and mining has decreased as well. A lot of barely used lakes remained.

Of course a lot of inhabitants and investors try to utilize the unique facilities in one or another way but the growing of the village has slowed down. Private interests have come into view but collective goals and ideas are missing.
Despite the problem being complex and extensive it is clear that locals themselves could do a lot for a wiser management of the common wealth with cooperation and common visions.
The project „One-Minute Stories from Délegyháza” aims to raise awareness among them.

As a starting point of the project we assumed that positive changes in such a small community could only take place through strong collaboration on local level. In order to achieve these common traditions visions and values need to be acknowledged, analysed and fostered. The community should also take care of maintaining and passing on these common values.

That’s why in the first stage of the project we started to gather memories and records from local history collections and oral history. These were then presented at different levels (in social and local media). Based on these materials the project team started to enhance dialogue and debate amongst locals as well.
In the second stage of the project we developed a game as a communication tool that prompts locals to remember cases when the community managed to collaborate and thus succeed in different areas which made their shared lifetime easier.
We placed a partly fictional treasury map in the centre of the village where we marked nine spots.
On each spot storyteller benches have been placed; they lead to Délegyháza’s treasure through local stories. These pieces of furniture were made by local locksmiths and builders and the design of the treasury maps is based on drawings of children living in Délegyháza.

A third stage was carried out based on the positive feedbacks and our past experience.
By adding QR codes to the game boards further stories and interesting details about the spots can be downloaded to smartphones. This technical feature enables quick and smooth development of the contents. Besides we published an „atlas of stories” containing the information collected so far. This would be an approx. 60 page booklet with maps and would address local people and tourists as well.
The booklet is being also used in local primary school classes so that children would get acquainted to traditions of their community and the history of their village. 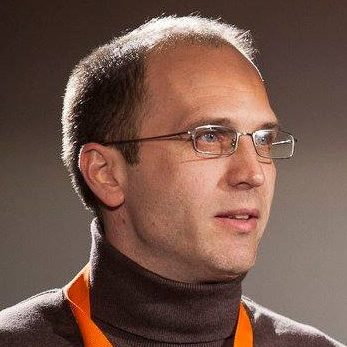 We use cookies on our website to give you the most relevant experience by remembering your preferences and repeat visits. By clicking “Accept”, you consent to the use of ALL the cookies.
Read MoreACCEPT
Manage consent

This website uses cookies to improve your experience while you navigate through the website. Out of these, the cookies that are categorized as necessary are stored on your browser as they are essential for the working of basic functionalities of the website. We also use third-party cookies that help us analyze and understand how you use this website. These cookies will be stored in your browser only with your consent. You also have the option to opt-out of these cookies. But opting out of some of these cookies may affect your browsing experience.
SAVE & ACCEPT